Preaching Civility in an Uncivil Time 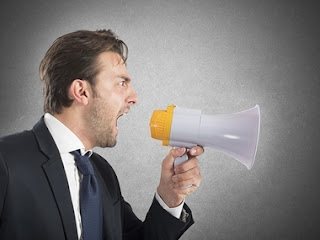 Who can shout the loudest? Who expresses the most outrage? Who can stand by their position unfailingly, regardless of contradictory facts or new information?

Welcome to public discourse in the 21st century.

Were we always so entrenched in our beliefs and opinions, or is this a new phenomenon? It certainly feels like something has changed. I seem to recall a time when the nightly news consisted of an anchor at a desk, reading the facts of the day and cutting away to fellow journalists for a deep dive into stories of interest. Now your typical news broadcast is a gathering of supposed experts on the topic du jour having a go at each other's throats until the referee (err ... newscaster) steps in to break for commercial. And what do we, the viewers, do at home? We root, root, root for the home team, which in this context would be whichever talking head is most closely aligned with our position.

And then there's social media, and that great moral sinkhole of our time: the comment thread. Any time I'm in danger of feeling good about society, I scroll through a comment thread -- any comment thread. It doesn't even seem to matter what the original topic of the post was; it will eventually devolve into name calling, admonitions to "do some research before you post," and a general questioning of the intelligence and moral standing of those on opposite sides of an issue.

Last summer I wrote a scene for a workplace harassment training video addressing the potential dangers of online communication between co-workers. In it, I had two characters talk face to face with one another using the same type of language people use when they argue online, just to point out how ridiculous these virtual altercations might look when played out in the real world. I also used a variation of this scene over the fall in my live presentations, and the laughter from the audience confirmed the absurdity of the situation. (The topic at the root of this conflict? Mac vs. PC.)

This gets me back to my original question: is this digging in on our beliefs new? I'm inclined to say no. What is new is the breadth and influence of the technology we use to profess those beliefs; and in the case of social media and other online interactions, the lack of attribution.

There's a great video (which I reference in my presentation) that illustrates flawlessly the difference between disagreements played out on the internet vs. in real life. The video shows a group of dogs arguing behind a gate, looking for all the world like they would tear each other to pieces if not for the barrier between them. And then ... the gate starts to open. But rather than move to the opening to begin the carnage, the dogs shuffle in the opposite direction in an attempt to keep the gate between them! Finally, when there is no more gate to hide behind, what do the dogs do? They sniff around each other for a second, tuck their tails between their legs and run off to their separate corners.

What a perfect metaphor for how we interact with one another once the virtual barriers have been removed.

This is why I don't believe that civility truly is lost. I do, however, believe that it's endangered by the profligacy of the internet and mass media, and that it's right to take steps to remind ourselves of the benefits of treating one another with respect -- particularly in the workplace.

I wonder sometimes if the live presentations that I do have become anachronistic. I also grapple with the certainty that I could reach a much wider audience by developing a program that can be accessed online, either on an eLearning platform or downloadable presentation. But I think such a move would undercut my central message, which is that, while effective use of technology is essential to running a business, it's the ability to navigate personal relationships that keeps a company from coming undone. It also helps to ensure a better quality of life overall, as so much of our waking hours are spent in the workplace.

Respect. Compassion. Understanding. These words may feel like they're from another time, but I don't believe that's true. I still believe that, on a human to human level, most of us put these qualities into practice. Sometimes we just need a little reminder.

Geoffrey Scheer
Husband; Father; Guy who reaches for stuff in the tall cabinets